I finished the top of "Flags of the American Revolution," which was designed by Jan Patek.  DH helped hold it up for a picture.  One side was clipped to the patio umbrella and DH held the other corner - it's a large quilt!  About 78" x 78".  It was windy outside, so it was hard to get a good picture. 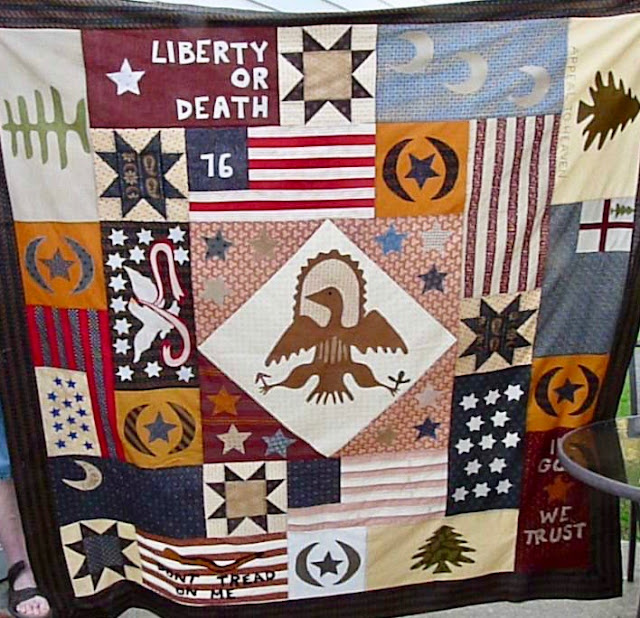 This one is a little better, except the right side is behind the table. 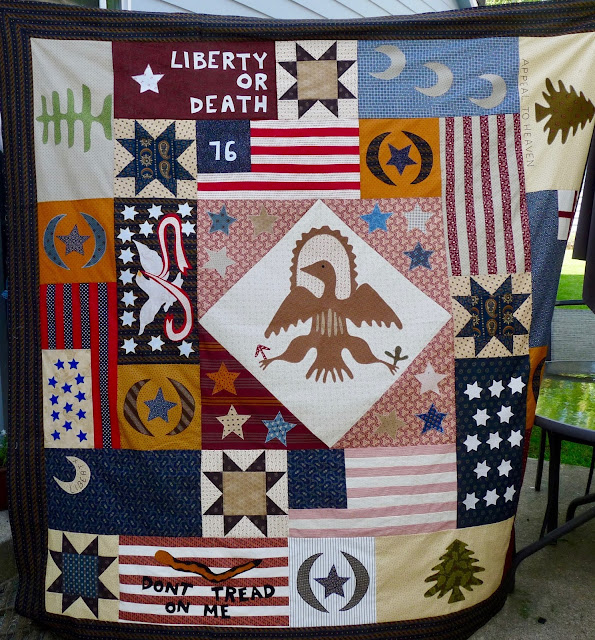 Close-up of the eagle! 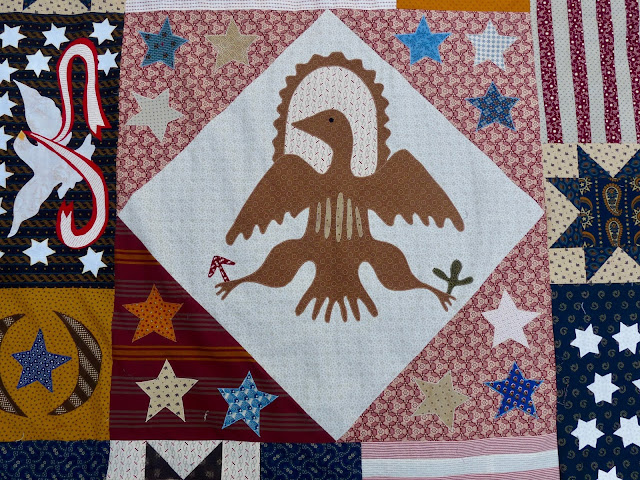 This flag right under the eagle will have 13 small round white buttons in the blue field.  The red and white stripe fabric looks like pink from a distance, but is really red and white. 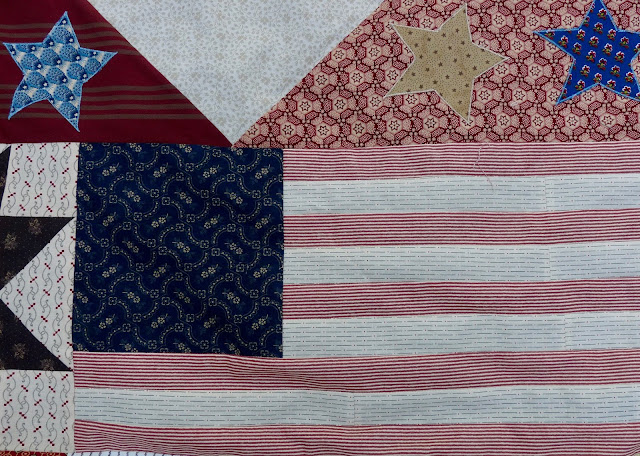 I still need to embroider a tongue on the snake.  This flag was the U. S. Navy Jack during the revolution.  The snake was a symbol of resistance to the British. 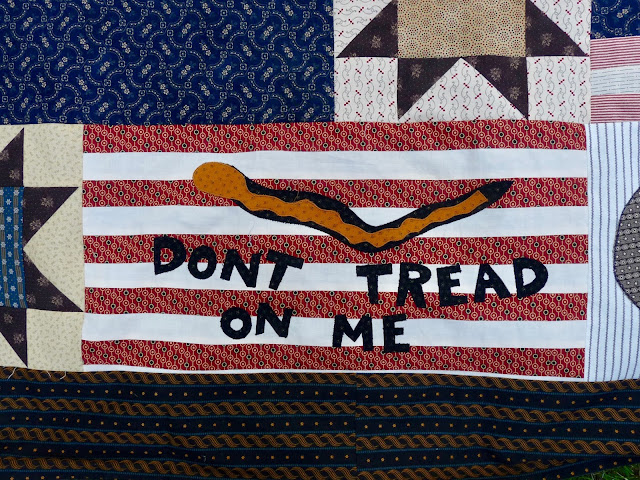 The blue wool felt stars are all appliquéd on this flag. 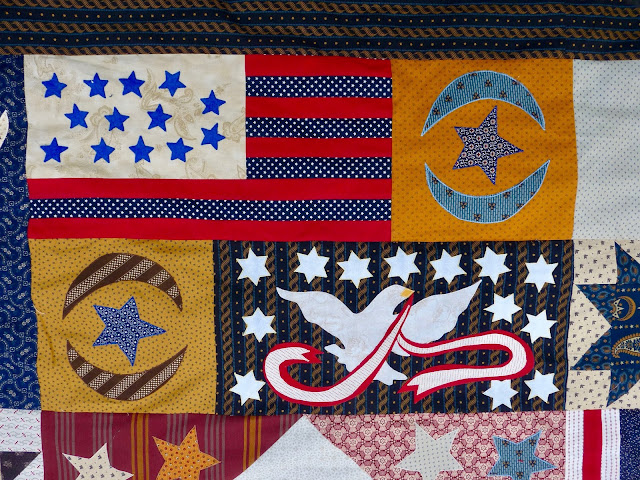 The "76" will also have 13 small white buttons around it.  "Liberty or Death" is a slogan that the Minute Men wore on their shirts.  They knew that if they didn't win the fight for liberty, they could (and probably would) end up dead. 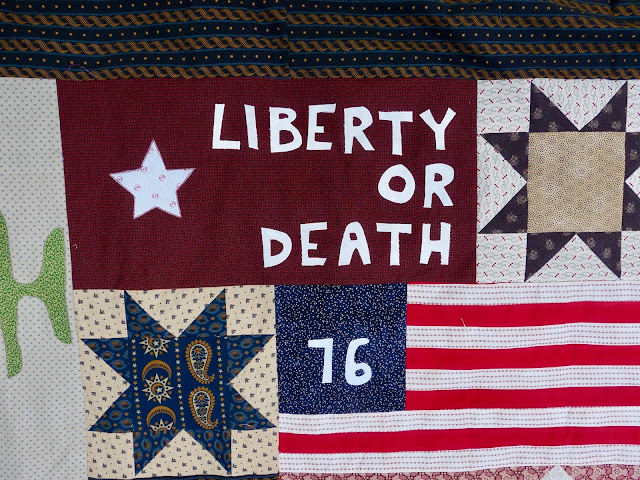 I'm glad that I had enough of this stripe to use for the border. 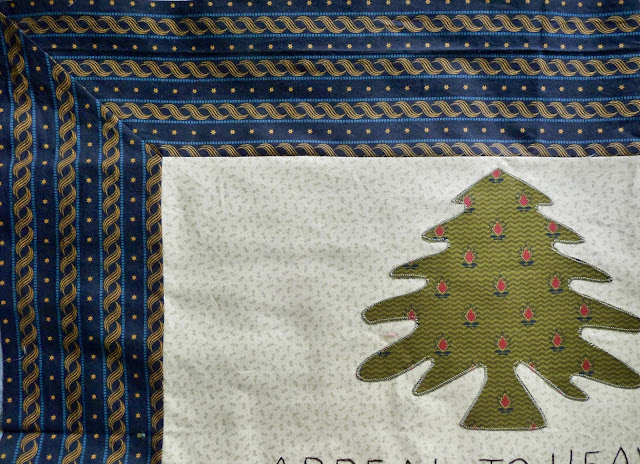 I'm going to fold this up  now and spend some time working on something else for a while before I baste it.  When I do baste it, I want to baste my round robin also as well as a quilt top that my Mom embroidered years ago.
Posted by Ruth at 5:00 PM

Labels: Don't Tread on Me, Flags of the American Revolution, Liberty or Death