With family members visiting for Christmas from out of state, we decided to go to Multnomah Falls, which is about an hour drive from our home.  It is located along the Columbia River east of Portland, Oregon.  It was raining and cloudy, but it didn't keep raining all the time.  We couldn't even see the top of the waterfall because of the clouds.  Multnomah Falls is the 2nd highest year round waterfall in the United States (620 feet).  All the younger family members climbed up to the top of the falls, but I just went up to the bridge.  We had been to see it years ago, but not since we moved here 4 years ago. 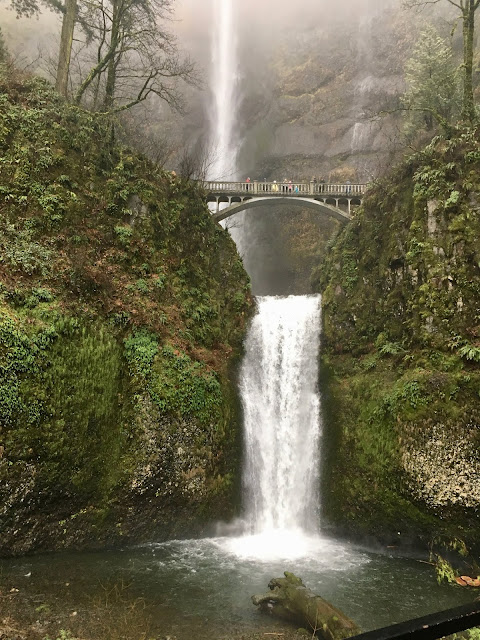 Another outing was to visit the Pittock Mansion in Portland that we had never seen before.  This house was built in 1914 by the man who started the Oregonian newspaper in Portland. 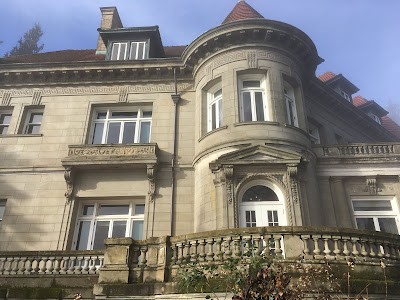 It's located in a forest park within the city.  And it was also foggy when we went there. 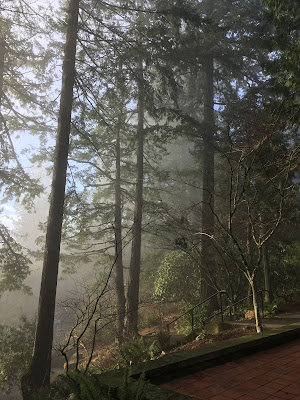 This picture was taken at about 11:30 AM after we had toured the home. 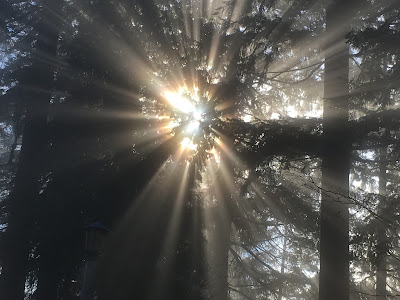 The house was decorated for Christmas and I took a few pictures inside.  This one is a tower of tea cups glued together. 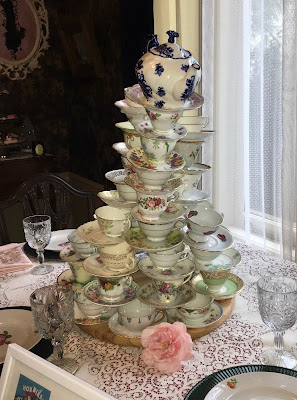 Quilting and painting was featured in this sleeping porch. 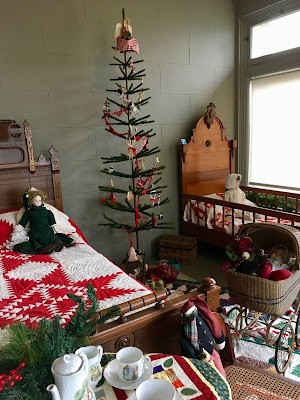 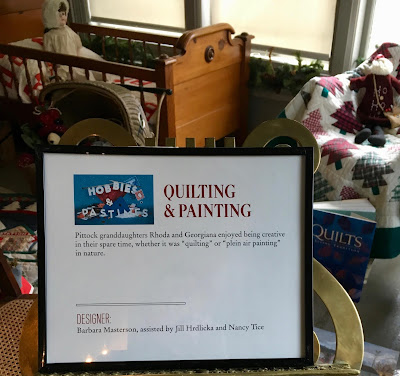 Here are a couple of the Christmas trees that were on display. 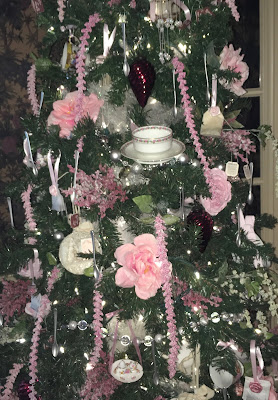 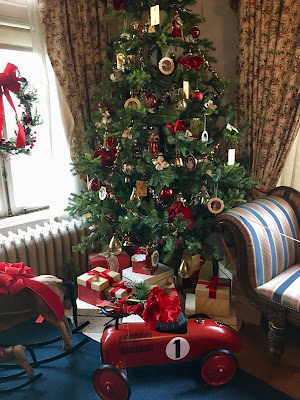 There were 2 men playing the piano that is original to the house. 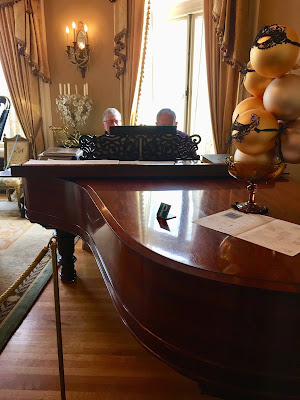 We have had a wonderful time with our family.  Soon things will return to normal and I will start sewing again.  I have a special project that I will be working on for a friend and will share that with you next time.