Yesterday while in Plymouth, I had to go to Burial Hill where the early pilgrims had been buried since 1620.  I don't know why, but it does fascinate me.  Just a couple pictures of that. 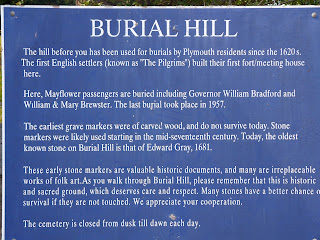 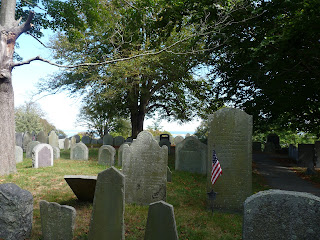 The cemetery is on a hill and I took this picture of the two church steeples from there.  The stone church was built in 1892, but is the oldest continually active congregation, having started in 1620 with the pilgrims.  The white steeple is the church that was started in 1802 by the people who did not agree when the original church changed to a Unitarianism church. 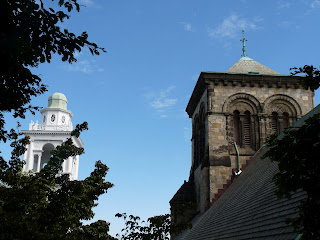 Across the street from the white church is the nation's oldest wooden courthouse, built in 1749 on the site of the earlier county house from which the affairs of Plymouth Colony were managed before it became part of Massachusetts Bay Colony in 1692. 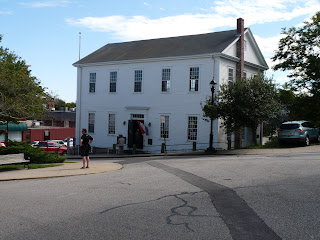 I will have a couple more days of "travelogue" and then we go home!
Posted by Ruth at 2:26 PM