Here is my "almost completed" top of the "Flags of the American Revolution" quilt (designed by Jan Patek) up on my design wall.  Not all blocks are sewn together yet. 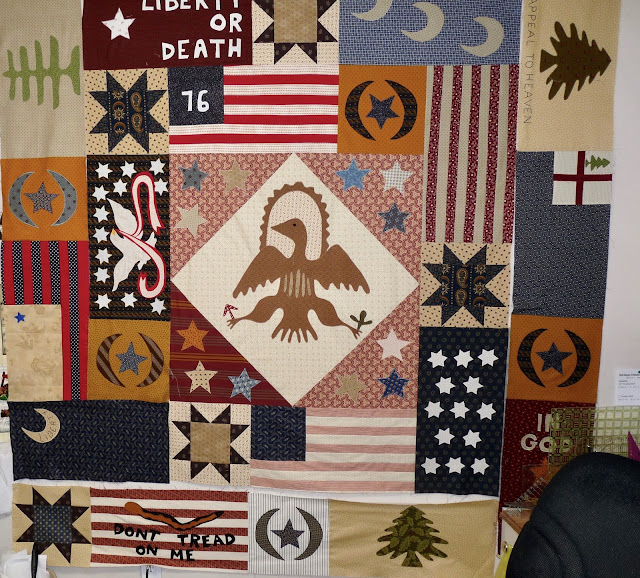 This block (below) is supposed to have 13 blue star buttons sewn on the tan field, but I have decided to appliqué 13 felted wool stars on it instead.  This is due to Lori's advice that buttons make it uncomfortable to lie on.

Here is a close up of the flag, is a replica of the one flown at the battle of Guilford Courthouse, which was a major turning point for independence.  FYI:  all the flag blocks have historical significance. 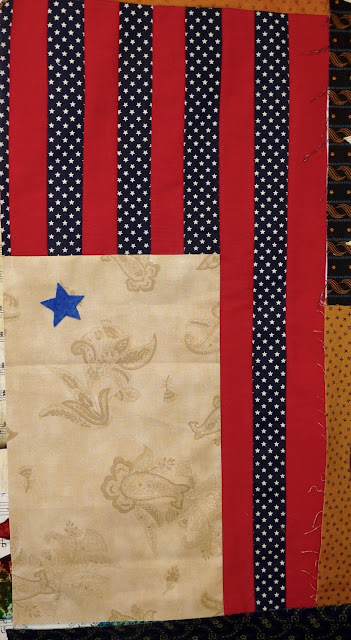 I think these stars will look as good as, or better, than blue star buttons. 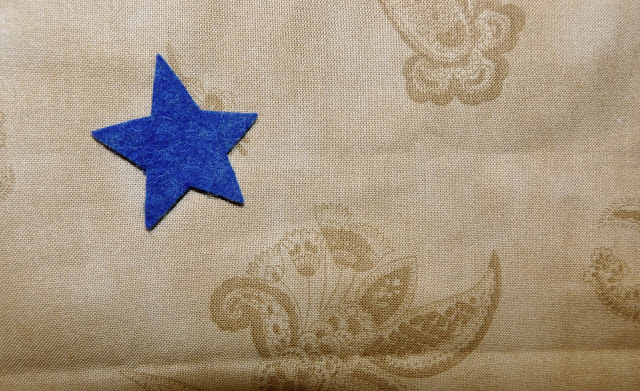 Today I went to a garage sale and bought these "raggy" quilt blocks.  They were cut on one of those special "cutting" machines so that they have all the edges already cut, and they were put together with a piece of batting and a denim backing, but not sewn.  So, I sewed an "X" on each of the 36 blocks. 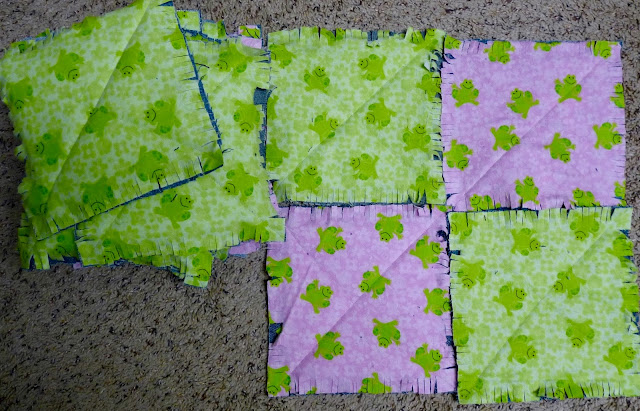 I also purchased some pieces of fabric, some Tupperware and some jewelry.  The house that the sale is at is loaded with craft items among other things and the Estate sale is next weekend!

Have a great weekend everyone!
Posted by Ruth at 2:43 PM