I'll get the frustrations out of the way first.  I've had issues with my IMac for several months and have talked to Apple support quite a few times.  They have reconfigured my computer, but not everything was fixed and I kept putting off calling them again because it always takes forever.  Well, yesterday I finally forced myself to call them and it looks like things are just about fixed.  It wasn't that I couldn't use the computer, but one of my most important genealogy files was missing (its found now!) and some photos are still missing.  So tomorrow one of the senior agents is going to call me back and hopefully get that fixed.

The other frustration was just getting all my income tax stuff put together and that is almost finished, so I feel like I can see the light at the end of the tunnel!  Yea!

Here's the civil war Westering Women's block from Barbara Brackman's Civil war blog for February. It was a very easy block.  I'm planning to make all the blocks red, white and blue. 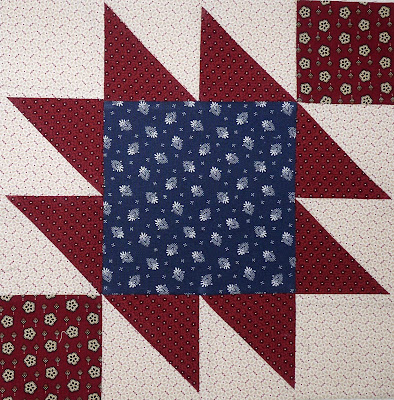 I found this doll bed at an antique shop and couldn't resist it.  DH is going to fix it up and either refinish or paint it.  I came across the green stripe at a quilt show vendor's booth and thought it would be perfect to cover the mattress.  I plan to make a quilt for it and a pillow and will sell it, hopefully, next December. 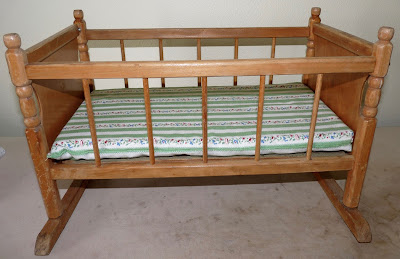 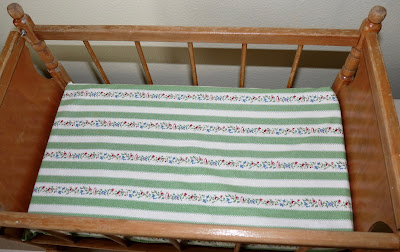 Now that my "issues" are almost resolved, I think I'll work on my Dear Jane blocks for March!

Spring is almost here!
Posted by Ruth at 2:18 PM