Weeds (?) and other stuff

We have been taking a lot of pictures with our digital camera lately, including pictures of flowers.  I told my DH that I wanted him to take some pictures of Queen Ann's lace, but he didn't know what it was.  There is a field that I go by sometimes and last year about this time it was covered with QAL, so we took a little ride over there.  It wasn't covered this year, maybe it's too early (or late), but we did get some good pictures.  I also picked some and put it in a vase.  Isn't it pretty?  I love it and it is lasting really well in the vase. 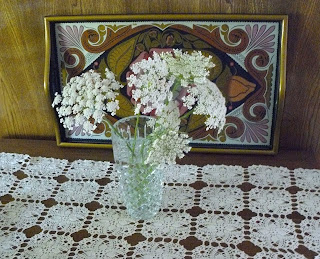 Here's the second BOM that I did from Capricorn Quilts 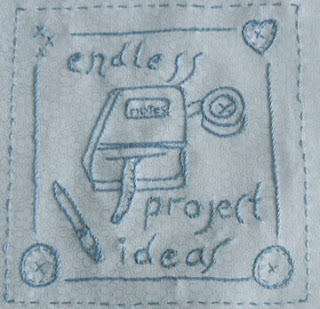 When I went to a quilt show a couple months ago I bought a panel of an airport scene for a child's quilt.  I was going to save it for our new grandson's first birthday, but decided to do it right away.  I just added a border and quilted it.  I practiced my free motion quilting some more.  As you can see in the picture, I was quilting the border of cobblestones.  It took a while to quilt around all the little cobblestones, but the good part is that the quilting didn't have to be perfect as it blended in really well.    The last picture is a close up of a small section of it. 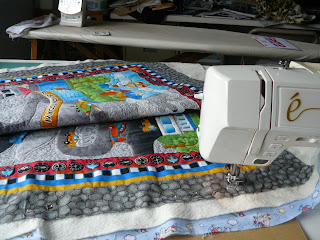 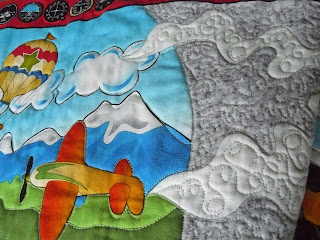