UM YA YA (not) EXPLAINED

A few of you asked what Um Ya Ya means.  I just asked my DGS and he said it's a cheer that the school uses at games.  It really doesn't mean anything, except to yell in a group!

I thought I would show you how I made it.  I traced the letters on tracing paper and then pinned it to the accordion pad.  Then I used the free motion foot to trace around the letters and removed the paper. 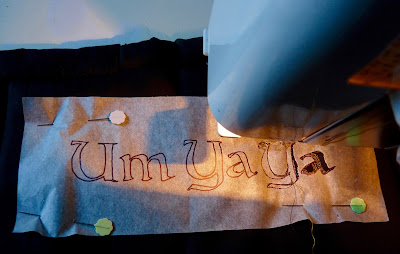 Next I just filled in the letters with the gold thread (gold and black are the school colors.  I used King Tut Quilting Thread from Superior Threads (100% cotton) on top and just a white thread that I used for the bobbin when I appliqué. 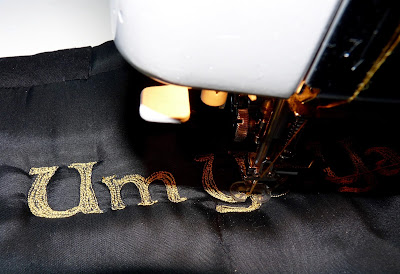 I just sewed back and forth or up and down until it was mostly filled in. 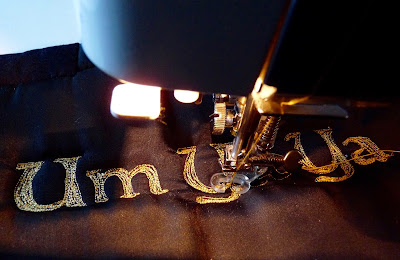 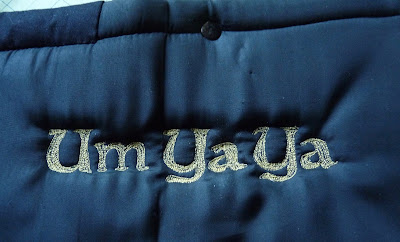 It's fun to be able to do little jobs for family members.  Sewing does come in so handy for so many things.
Posted by Ruth at 10:40 AM

Labels: Um Ya Ya