BOOK REVIEW AND A WIN 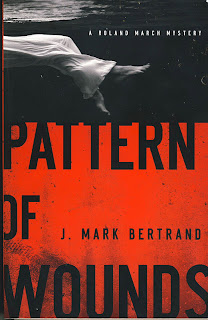 This book is the second in a series about homicide detective Roland March and takes place in Houston, Texas.  It begins with the murder of a young woman who was stabbed  to death and then grotesquely stabbed after death.  The murder scene is similar to another murder that Roland March solved and he feels that it might be a copy cat murder.  He believes the murderer might have read the book written about the first murder.  Roland March has problems of his own to deal with as well:  getting along with his co-workers and adjusting to his wife’s conversion to Christianity.  His integrity is being questioned as well as his methods in solving the first murder.   This was a book that was hard to put down and I will look forward to other books in this series.  I enjoy mysteries and if you read books written by John Lescroart, I’m sure you will like this one also.  I received this book from Bethany House Publishers in exchange for writing a review.
I won these lady bug buttons from Barb.  The buttons are made in South Africa and you can learn more about them at Button Mad.  The making of the buttons helps to employ women in that country.  Thanks, to the people at Button Mad and Barb! 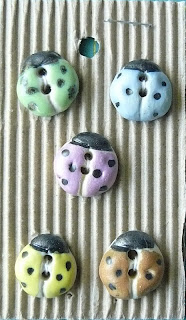 This is the latest Civil War Block, number 44, Union.  We're getting near the end!  Then what will I do with these 52 blocks!  I'll have to figure out a setting, which isn't my favorite job, but I will want it to be at least queen size.  Barbara Brackman suggests making 4 extra blocks for a total of 56 and lay them out 8 by 7.  With sashing and border that might come out to large enough. 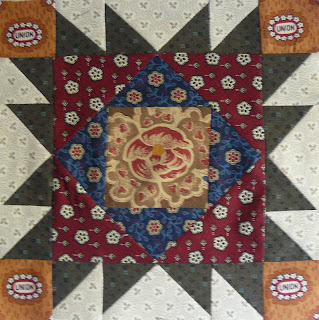 Happy quilting!
Posted by Ruth at 4:13 AM