100 years ago today my Dad was born in Chicago, the son of immigrants from Norway.  As a young man he opened a small grocery store and later he liked to tell stories about that time.  He was a good story teller. 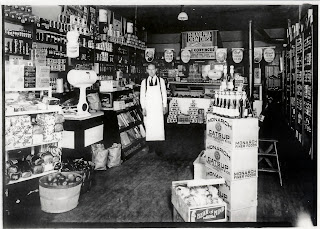 He and Mom got married in 1935 and had 4 children.  During the war he worked for Zenith and later as a tool and die maker.  Eventually, he wanted to go into business for himself again, so my parents bought a deli and operated that for about 3 years.  The long hours were hard, so they sold the deli and bought a Hallmark card and gift store in Elgin, IL.  They loved the store and operated it for about 20 years.

Daddy loved flowers and he grew geraniums in the basement during the winter and set them out in the spring.  He also gave a lot of them away to friends.  One year he won the award for the best looking yard in town.  After he retired he kept busy with the flowers and making foot stools for piano students.

He had a great sense of humor and was really good at telling jokes.  He had a wonderful way with children too. 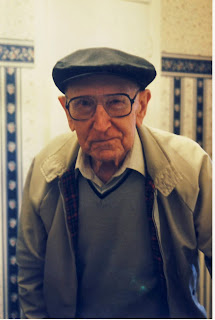