It is so nice being retired!!!!! I'm starting to make a dent in some quilting projects. I'll show you a few. First of all, I'm over half way finished with the hand quilting on my tumbler table runner! 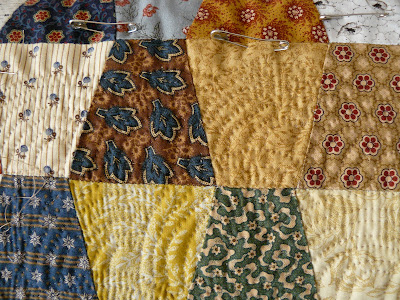 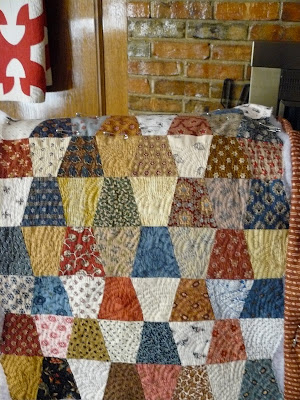 We have a niece who is expecting in July, so I'm putting together an "I Spy" baby quilt. I haven't sewn the blocks together yet because I'm waiting to see if she's having a boy or a girl. Most of the blocks are good for either sex, but some would not work for a boy (no pinks or girly girl stuff). I might come across some more good fabrics in the mean time too, and I have a few more months before I will need to get it finished. 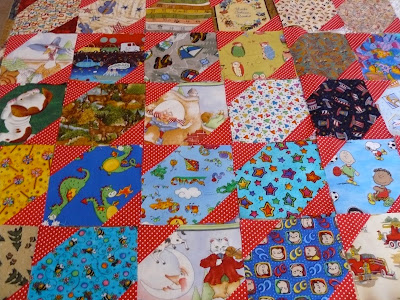 My quilting guild has accepted the American Patchwork & Quilting's challenge of a million pillowcases to donate to charity, so I made a few pillowcases and took them to my guild meeting last night. 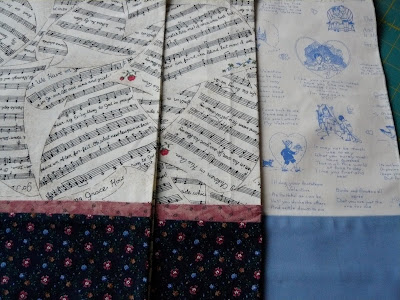 I'm had this music fabric for quite a while, so decided it was time to use it. 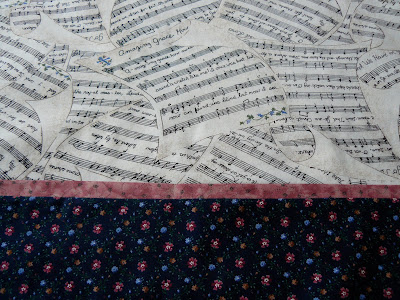 I love this old-fashioned valentine fabric and have used it to make several pillowcases before, but had enough left for one more. It is so sweet! 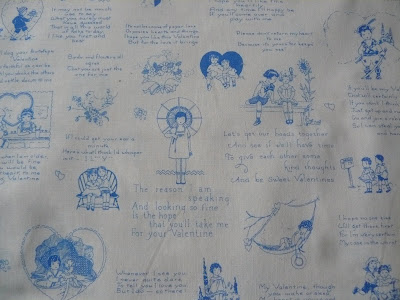 Now, back to income tax....Ugh! However, I can only work on paperwork for so long and then I have to get back to sewing!
Posted by Ruth at 10:19 AM